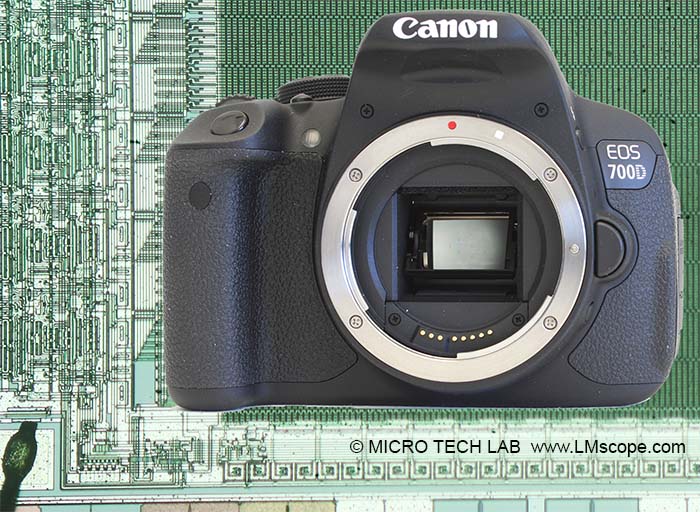 To get straight to the point: our hopes for big improvements in terms of higher pixel numbers or greater light sensitivity were not fulfilled. But looking at it from Canon’s perspective, we have to admit that there is absolutely no reason for them to change a tried and tested, successful model.

At first glance, the most obvious difference to the Canon EOS 650D (Rebel T4i) and the Canon EOS 600D (Rebel T3i) is the housing material. The camera appears to be of a considerably higher quality and offers a much better “grip”. At 525 grams, the weight is still somewhat less than the previous models.

The Canon EOS 700D (Rebel T5i) features the same tried and tested sensor (CMOS in APS-C size, 18 megapixels) as the previous models. Additionally, it has a moveable display, which is also touch sensitive. However, the touch function is not of critical importance in microscopy, as the camera should be controlled from a computer anyway in order to avoid vibrations.

It goes without saying that the EOS 700D (Rebel T5i) also has a magnification function in Live View mode and can be controlled via computer, iPad or smartphone using the Canon Utility software. As with all Canon models, this software is included in the purchase price of the camera. 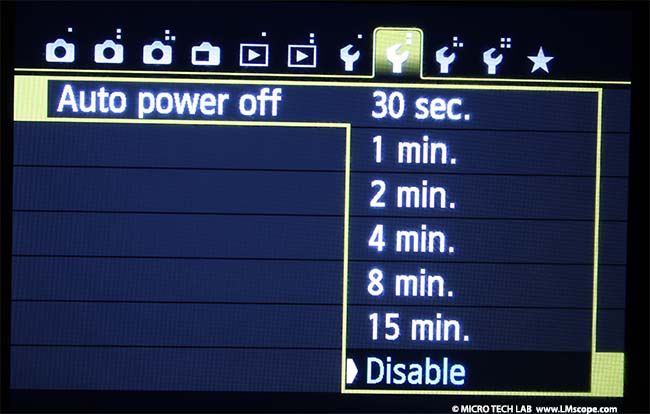 Another very practical aspect is that the auto shut-off feature can be deactivated. This is especially useful for lectures, as it is no longer necessary to repeatedly turn the Live View mode on again.

In summary it can be said that the Canon EOS 700D (Rebel T5i), like the Canon EOS 650D (Rebel T4i), has all of the important standard functions needed for photomicrography. It is very easy to attach the camera to a microscope using the LM digital microscope adapters. Our adapter solutions are available for all standard connections, such as 23.2 mm and 30 mm eyepiece tubes, and for phototubes with standard C-mount connections. In addition, we offer special solutions for a multitude of stereo and laboratory microscopes, such as the Zeiss Axioskop, Axiolab, Stemi, Leica DM series, Leica S and M series, Leitz Dialux, Ergolux, Metallux, Olympus BX and SZ series, Nikon Eclipse series, Alphaphot, Labophot, SMZ series, etc. 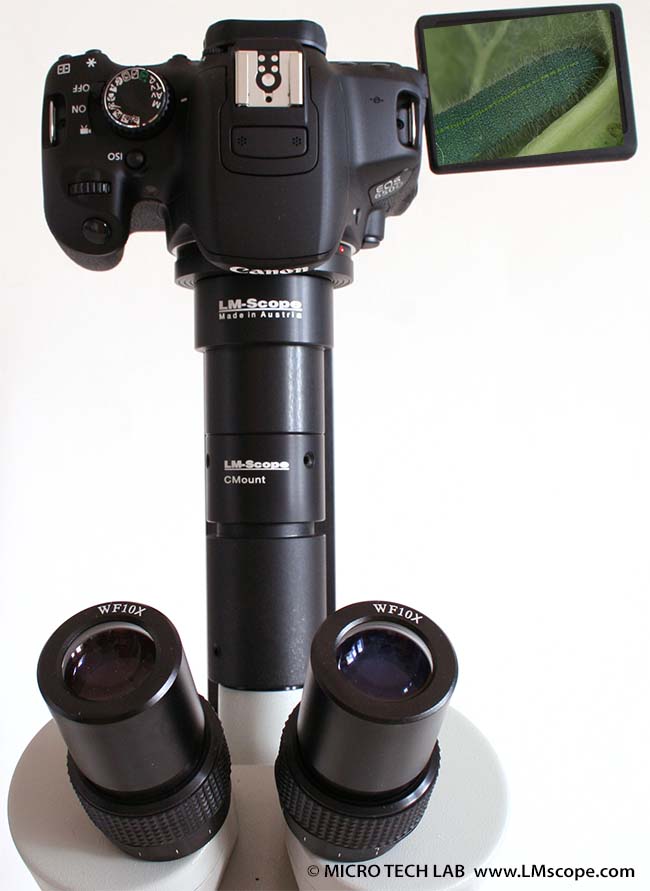 When playing around with the camera, we noticed that with the HDMI output in HD quality, the image can also be displayed across the entire screen of the monitor without showing any additional information. By pressing the info button, the camera information is hidden and the Live View video window is reduced in size. This makes it possible to use the whole of the screen in “full screen” mode.

Conclusion: The Canon EOS 700D (Rebel T5i) has an excellent price-performance ratio and meets the challenges of photomicrography extremely well. It is equipped with all of the important functions and can be easily controlled via the computer. However, there are no significant innovations compared to the previous models.