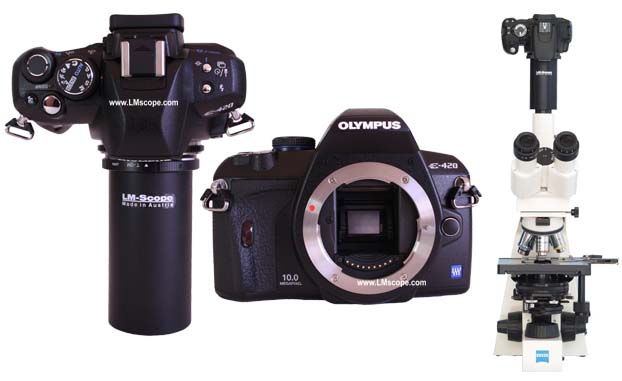 Particularly in microscope work, the option of controlling the camera from the PC makes image capture considerably easier. On the one hand, the workflow can be significantly enhanced, and at the same time it is possible to greatly improve the image quality. Camera control and image data exchange takes place via the USB connection between the camera and the computer. The digital image is saved on the computer’s hard drive immediately after capture. This enables the images to be viewed in full resolution. Photographs often appear to be successful on the camera’s small LCD display, but upon subsequent appraisal on the larger PC monitor, they may prove to be inadequate. This can be avoided using the computer control, because the images can be inspected immediately and taken repeatedly if necessary.

With manual shutter release there are often vibrations, which are picked up as motion blurs in the images. With computer control this no longer happens as the camera-microscope unit remains completely still, and the quality of the photos is thus considerably improved.

Olympus offers its own Studio 2 software for controlling your camera via PC. 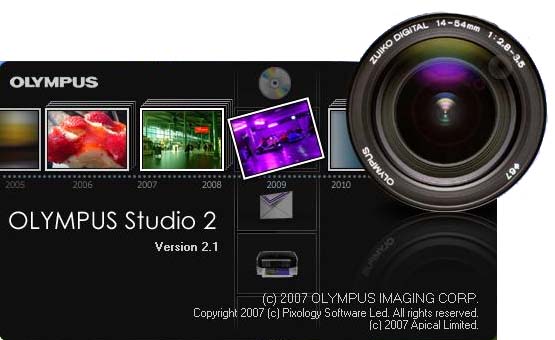 An image viewer is integrated into the Olympus Studio 2 software, which displays the photographs immediately after they have been taken. 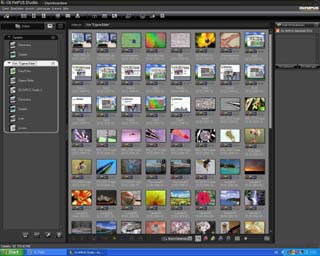 The camera can be connected to the computer by USB cable to enable it to be controlled remotely.

The “camera control” menu point can be found in the “camera” menu. 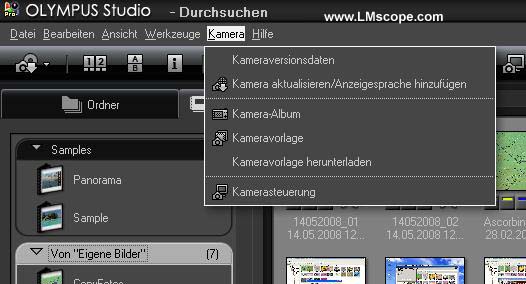 After the “camera control” button is pressed, the computer downloads all camera settings. This process takes a few seconds. Now all of the camera’s individual settings can be seen on the computer screen and can also be altered if required. 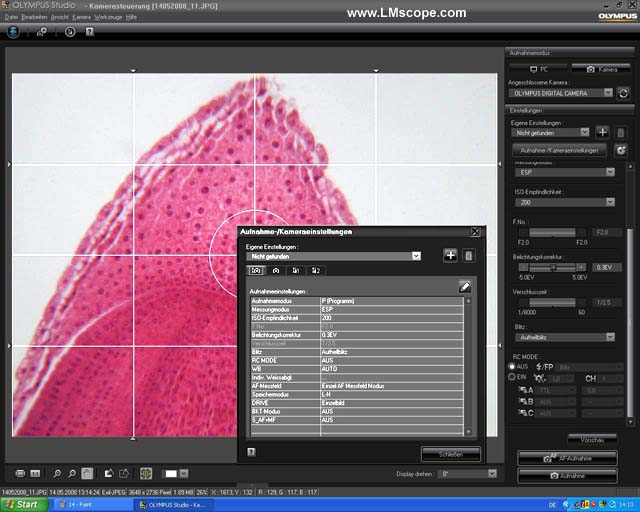 With a quick “click” on the shutter release button a photo is taken and immediately displayed on the screen. 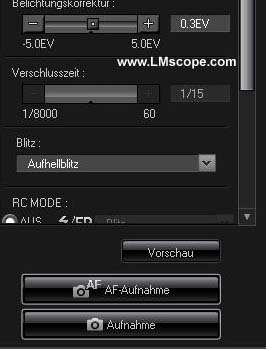 When we tested the Olympus E-420 and E-3, we did, however, discover a limitation affecting the Olympus Live View function. When using active remote control via the USB cable with the OLYMPUS Studio 2 software, we were unable to activate the Live View mode on the camera’s own LCD display. As soon as the camera is controlled by the computer, its own display switches off.

It was only possible to generate a “live image” by means of an external screen, which we connected via the video cable. To do this, the “VIDEO SIGNAL” must be set to “ON” in the camera settings 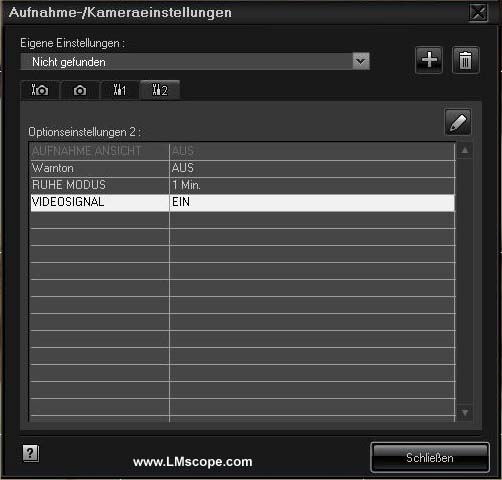 If you want to control the camera from the computer via a USB cable and connect an external video monitor at the same time, then for some Olympus camera models a special cable is required. The E-500 / E-330 / E-410 / E-420 and E-510 models all possess a combination plug, which combines the USB connection and the video connection in one socket. Therefore, an additional Olympus cable (USB AV / PC-2) will be required for these cameras. For Olympus’s professional cameras (e.g. E-3), this type of cable is not required, as both a standard USB socket and a separate video socket are available. The required cables are also supplied with the Olympus E-3. 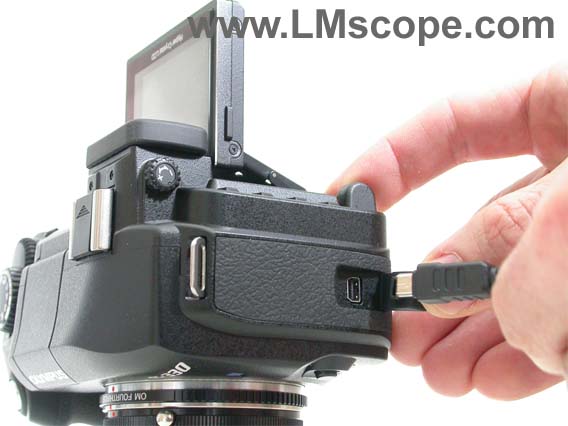 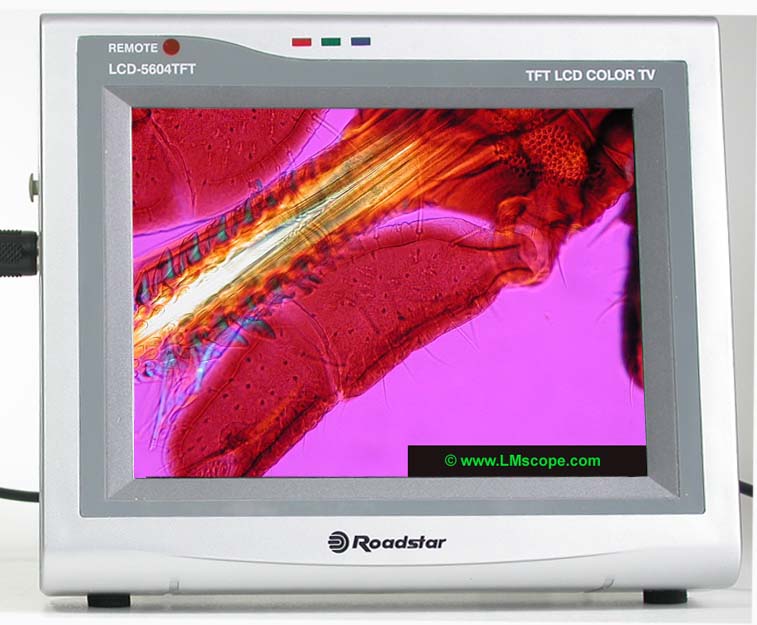 The OLYMPUS Studio 2 software is a superb enhancement for Olympus’s range of SLR cameras. Particularly in microscopy, it enables the user to fully utilise the cameras’ strengths. Thus, it is possible to improve image quality and to increase the speed at which the user can work. We also recommend using a small external LCD video monitor for adjusting the focus.