We subjected it to a precise practical test with the aim of determining whether this model is as well suited to microphotography as its predecessor. 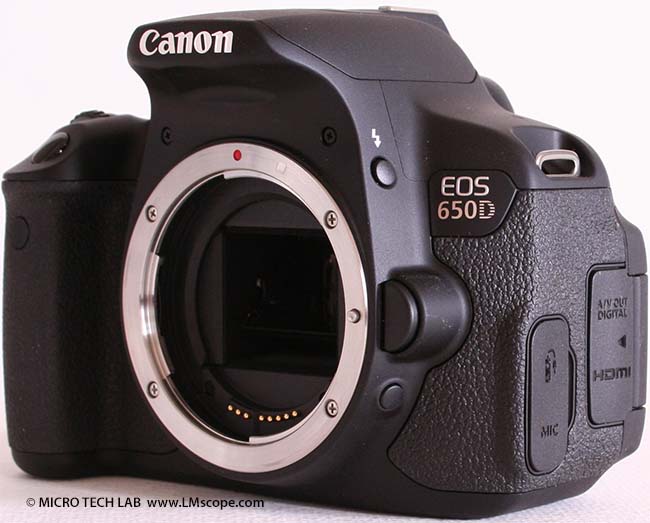 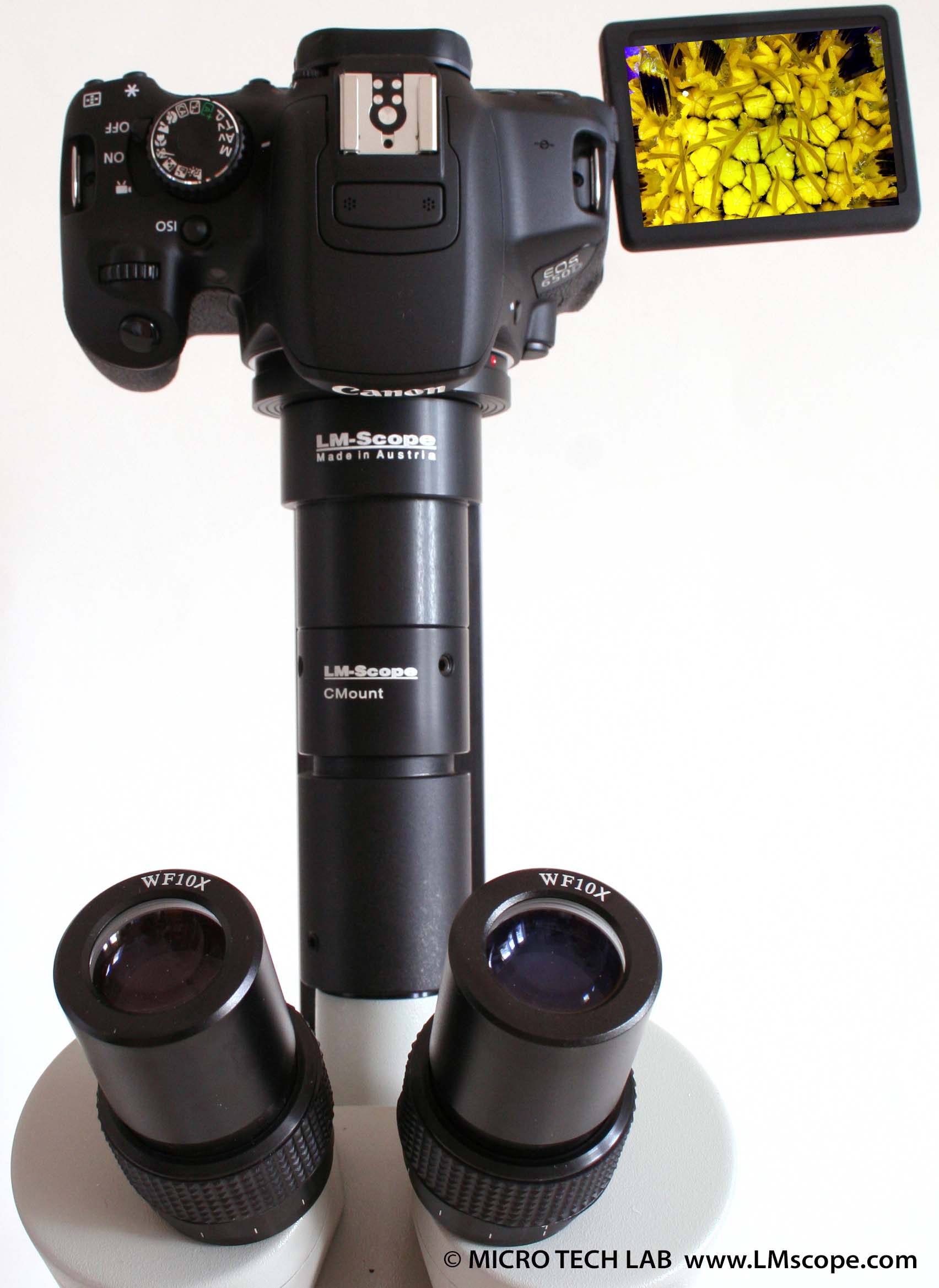 In terms of external appearance, the Rebel T3i (EOS 600D) and the Rebel T4i (EOS 650D) are like two peas in a pod. The Rebel T4i (EOS 650D) has a solid, well-constructed plastic housing and, at 575 g (housing only), is light for a DSLR. The camera body is easy to hold, although the ergonomics of a camera do not play a particularly important role in microphotography, since it will, in any case, be attached to a microscope.

Like its older sister, the Canon Rebel T3i  (EOS 600D), this camera has an APS-C sensor with 18 million pixels and a vari-angle display. However, unlike its predecessor, the LCD screen of the EOS 650D is touch-sensitive! This means that the camera can easily be operated with the tip of your finger or by simply swiping it over the screen. However, we would like to point out that touching the screen during microphotography should be avoided, since it can lead to undesirable vibrations and blurring as a result. Still, for technology fans, it is nice to know that this feature is available, even if it won’t be used! 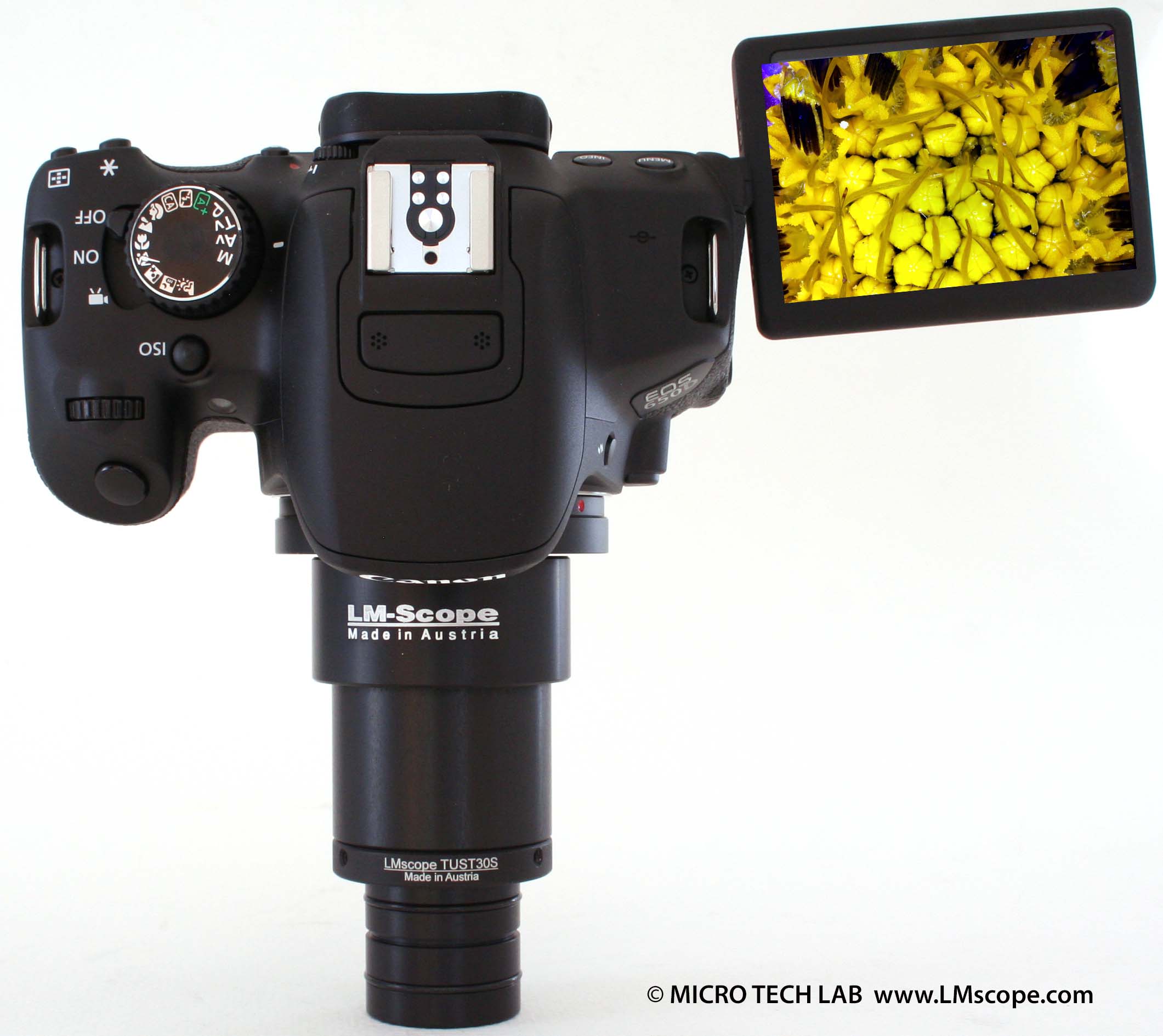 The back of the camera looks exactly the same as the previous model, and it is operated in the same way. For this reason, there was no need to painstakingly search for settings, and we were able to get down to work straight away.

The rather small battery capacity is a bit inconvenient when working. If the camera is used often, then it is certainly well worthwhile obtaining a second battery, or even an additional power supply.

The camera’s ISO speed ranges from 100 to 6,400 (set automatically) and can even be expanded to up to 25,600 manually. The Rebel T3i (EOS 600D), by contrast, has a manually adjustable upper limit of 12,800. Setting the ISO sensitivity is very easy: all you have to do is press the ISO button (on top of the camera, next to the mode dial) and then select the suitable ISO number on the touch screen. If you want to select the maximum sensitivity of 25,600, then this needs to be entered in the menu under “Custom Functions”. The noise performance is practically the same as with the Canon Rebel T3i (EOS 600D). In addition, the degree of noise reduction can be set by the user 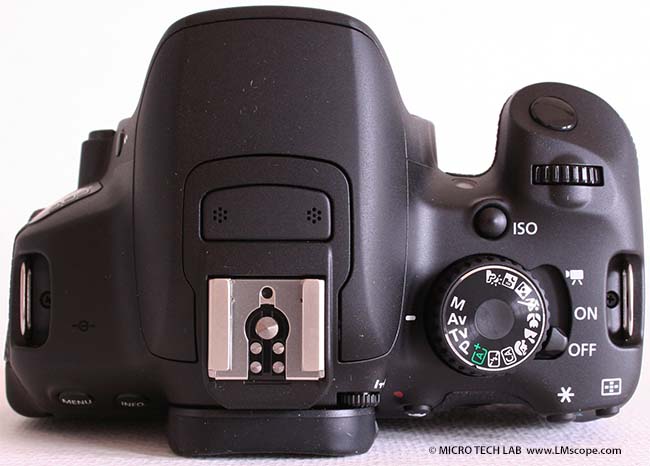 At 42 bits, the colour depth is also the same for both cameras.

Even at the risk of seeming repetitive to some readers because once again – as we do in all our reports – we emphasise the importance of the Live View mode for microscopy, we cannot be deterred from doing so here, too! Switching to Live View mode is easy: just press the button to the right of the viewfinder. A little tip: don't forget to deactivate face detection in Live View AF mode, as otherwise the magnification function will not work with the EOS Utility programme (software for controlling the camera from the PC). A more detailed description of the magnification function in Live View mode can be found in our Canon Rebel T3i (EOS 600D).

Videos can be shot with the Canon Rebel T4i (EOS 650D) in full HD quality (1920 x 1080) with a maximum of 25 frames per second, which is exactly the same as with the Canon Rebel T3i (EOS 600D). The only difference to its predecessor is that with the new model it is now possible to record the movie sound in stereo using the camera’s built-in microphone. The relevance of this additional tool is not especially high for microscopy, since the majority of specimens tend to remain quiet.

Like the Canon Rebel T3i (EOS 600D), the Rebe T4i (EOS 650D) also has a USB 2 and HDMI interface for connection to a monitor or projector. 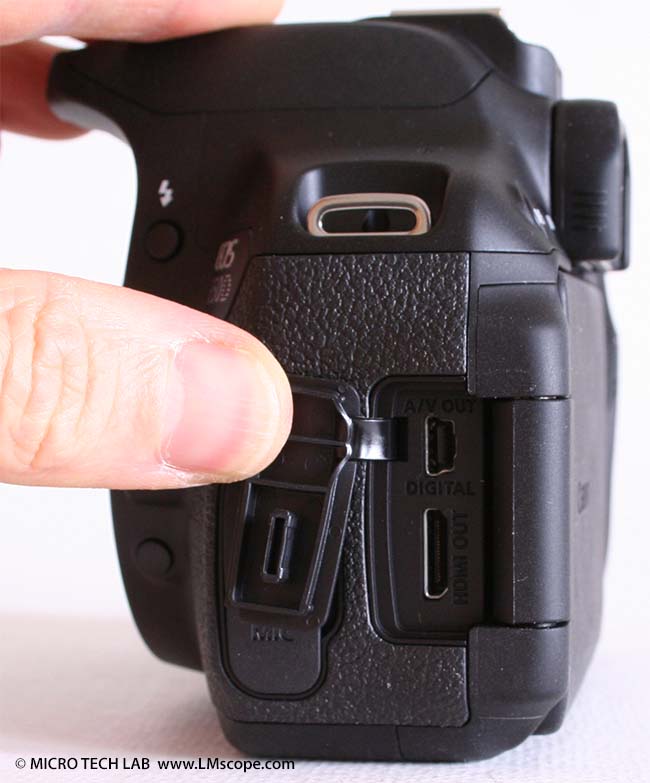 As with all Canon models, the EOS Utility software program comes with the camera at no extra cost. Once you have controlled a camera using your computer, you will not want to have to manage without. It is simply extremely convenient and increases your output immensely. An exact description of the software can be found in our test report on the Canon Rebel T3i (EOS 600D).