Despite their snail-like shell, ammonites are actually closely related to squid. They first appeared in the Devonian and became extinct at the close of the Cretaceous (about 65 million years ago) along with the dinosaurs. Ammonites thus inhabited the oceans for some 350 million years and were one of the most biodiverse and abundant animal groups in the earth’s history. In our example application, we took photos of a fossilised ammonite with a shell diameter of about 6 cm. The shell size of adult animals usually ranges between 1 and 30 cm, which means that our ammonite is a rather small specimen. 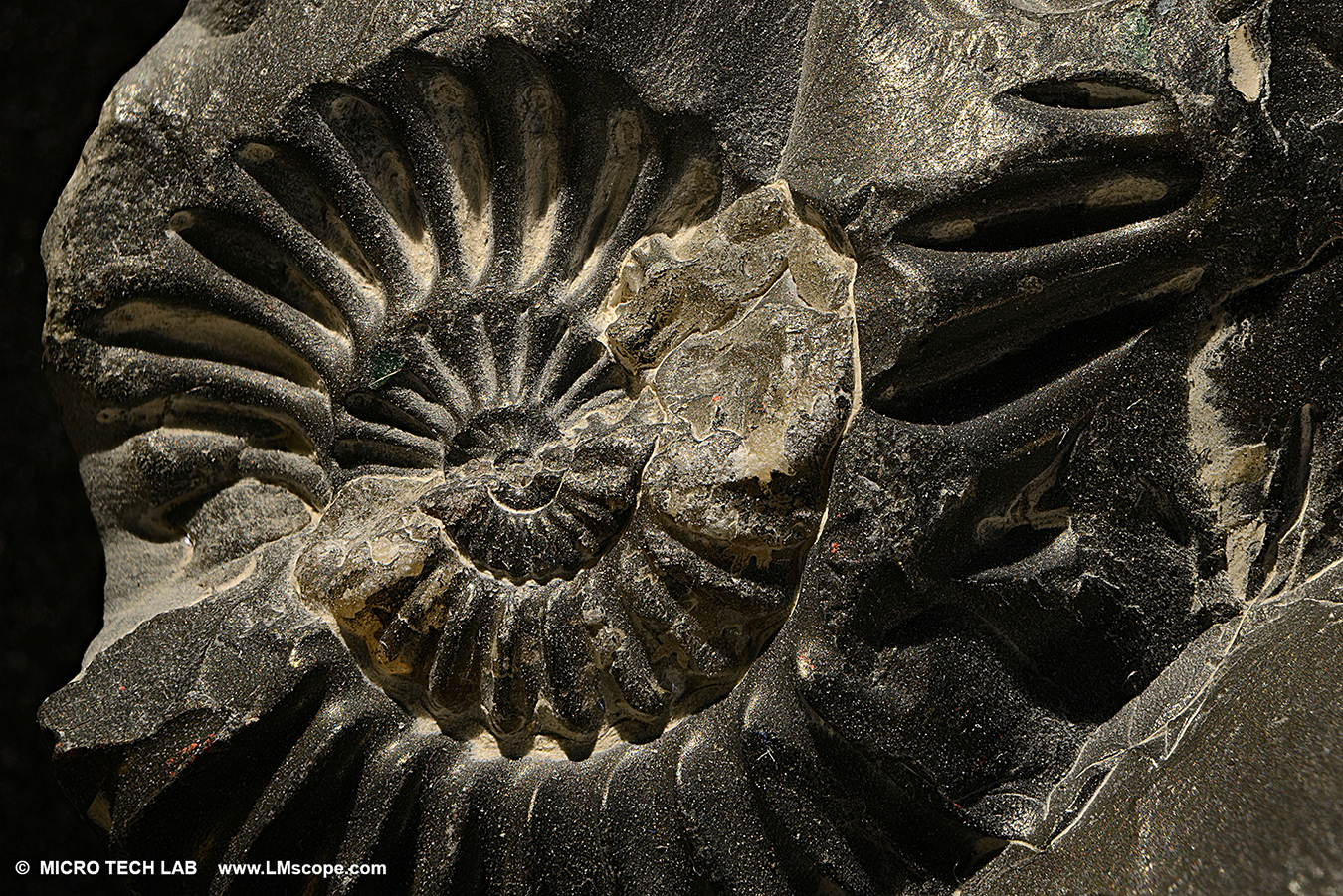 Fossil microscope specimens are a photographic challenge. Due to their size and three-dimensional structure with few variations in brightness, a special capturing technique is required. With our LM macroscope, the specimen can be captured at the lowest magnification (3x) to fill the entire frame – which is not the norm, given that the magnification range of many stereomicroscopes (without close-up lens) starts at around 10x. This makes it impossible to image the entire specimen, whereas our LM macroscope 9x (5x and 3x) allows the user to choose different levels of magnification. 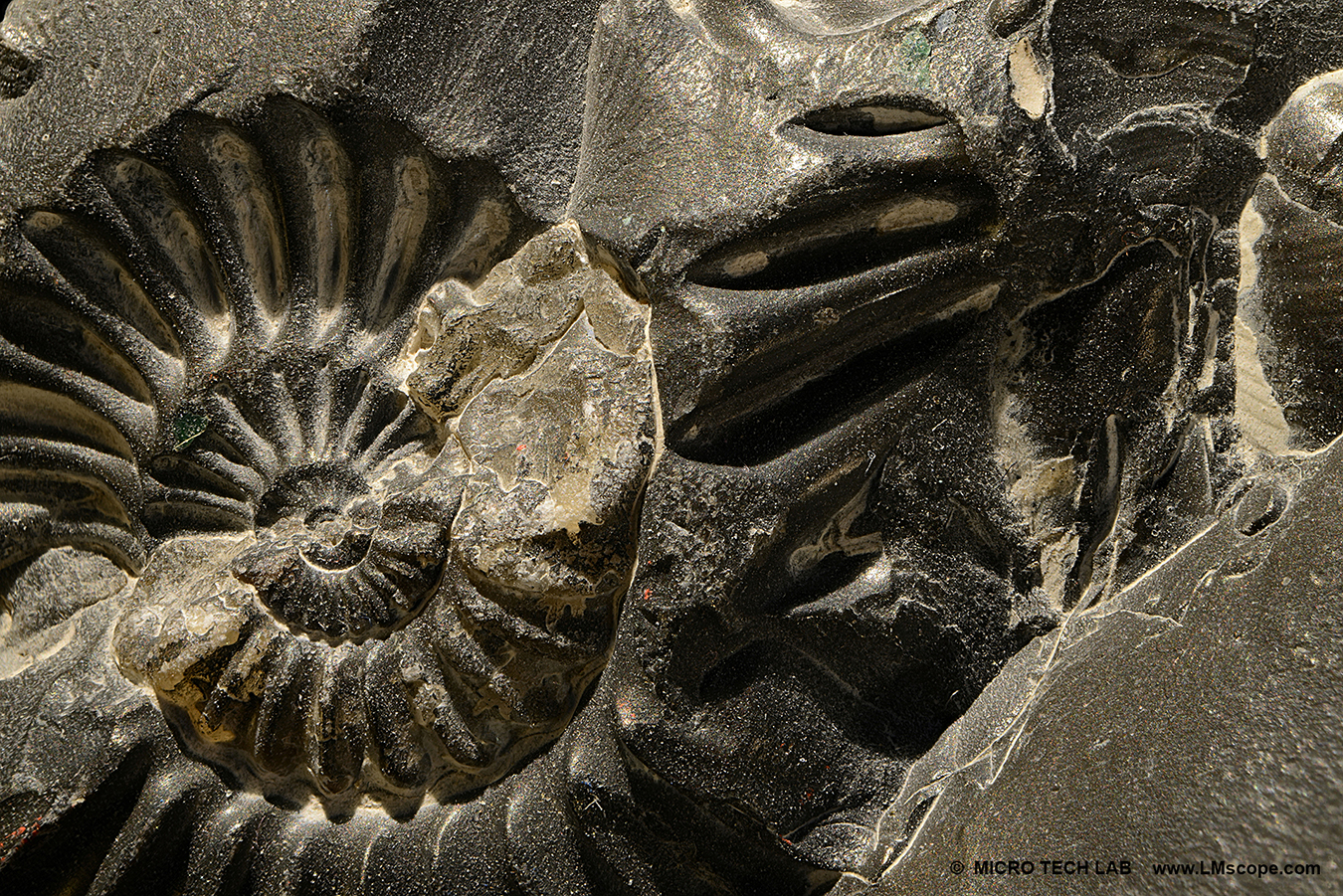 To get even more depth of field, we used focus stacking: we took ten images at different focus distances, combined them into a stack and processed them with the Helicon Focus image processing software to create one composite image. The LM macroscope has a central optical path and a short working distance and thus delivers powerful resolution. 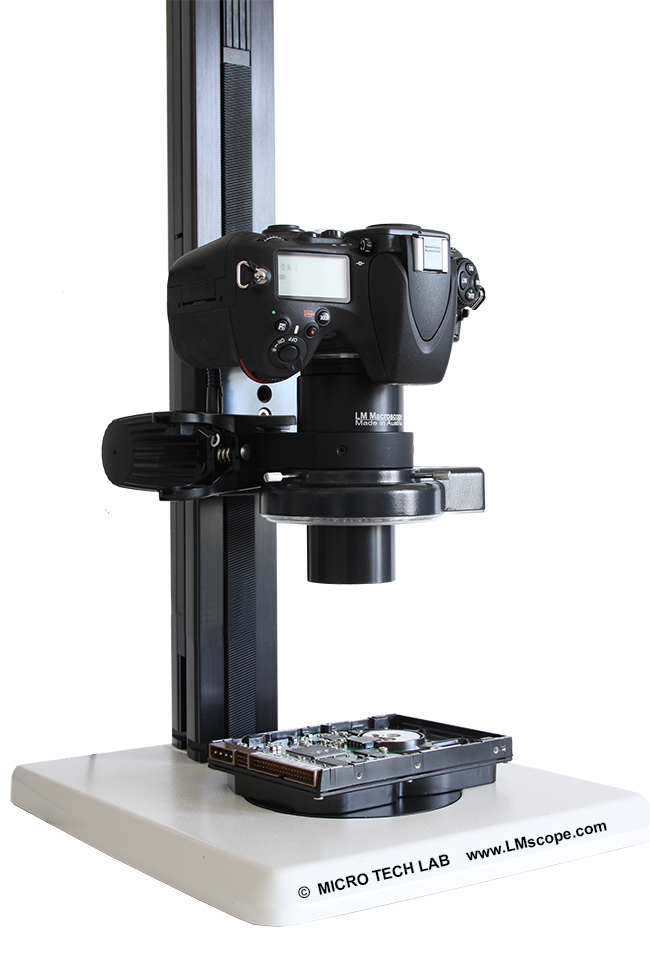 Optimal illumination is another key factor, and we therefore equipped three LED spots with gooseneck arms and diffusors and placed them around all sides of the specimen. This way, the whole specimen is lighted evenly and interior structures become better visible. 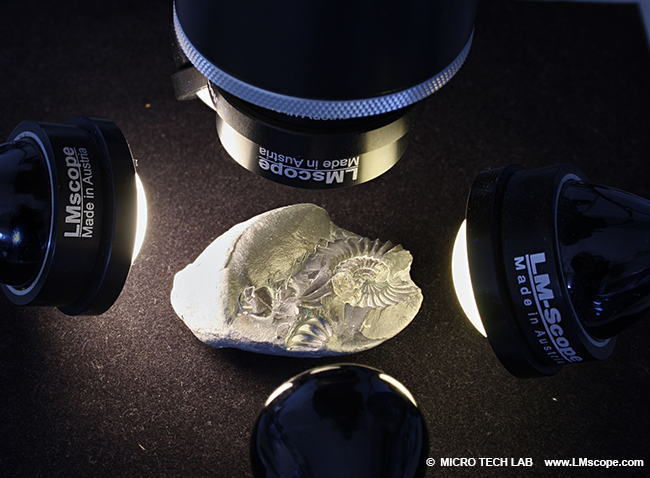 We used a Nikon D850 for our shots. The high-resolution, full-frame 45 MP sensor of this current DSLR camera and its extensive dynamic range at lower magnifications made it a great fit for this task and sure enough, it performed formidably in our example application.