From the outside the EOS 60D appears very compact and robust, even though the body is made of plastic rather than metal. For microscopy, this is definitely an advantage, as it helps to keep the weight relatively low. This means that the Canon EOS 60D “only” weighs 750 grams (in comparison, the Canon EOS 5D Mark III weighs a hefty 960 grams!). The rear has a very clear layout with comparatively few buttons and switches. The folding, rotating screen (7.6 mm) takes up more than half of the surface. The predecessor model, the EOS 50D, still had a fixed display.

We tested the camera with a Nikon SMZ745T microscope. To connect it to the phototube (left-hand image) we used a  DSLRCC adapter.

To attach it to the eyepiece tube (right-hand image), we used a TUST30S tube adapter and a DSLRCT adapter. The eyepiece tube also renders the desired large image field, so that high-quality photomicroscopy images without any restrictions can be taken with the SMZ745T microscope, even when using SLR and system cameras.

Now for the technical details. The light sensitivity of the Canon EOS 60D ranges from ISO 100 to ISO 6,400 in automatic (A) mode, while in H mode it is possible to adjust it manually up to ISO 12,800. The signal-to-noise ratio is well under control. The colour depth is 42 bits. 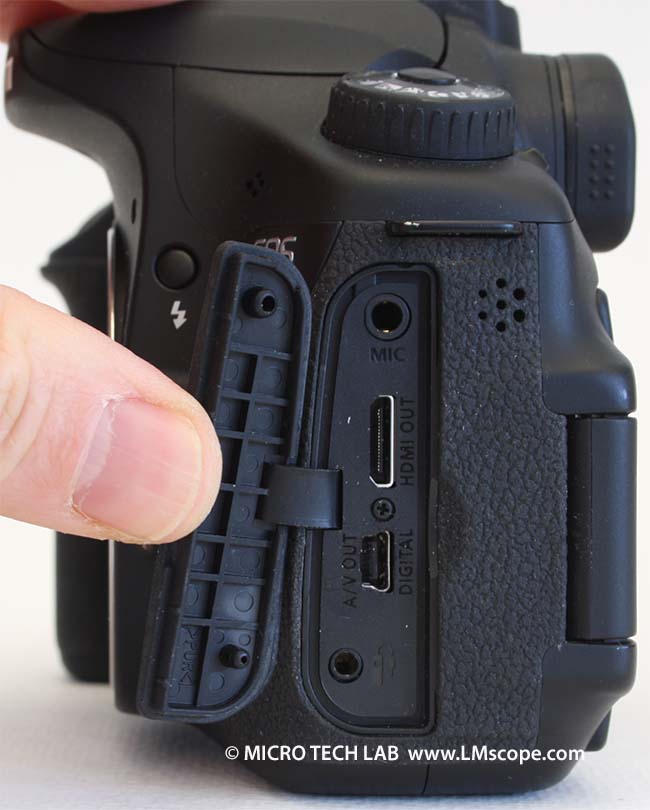 The battery capacity is around one-third greater than that of the  Canon EOS 650D. Unfortunately, the Canon EOS 60D has only one card slot. 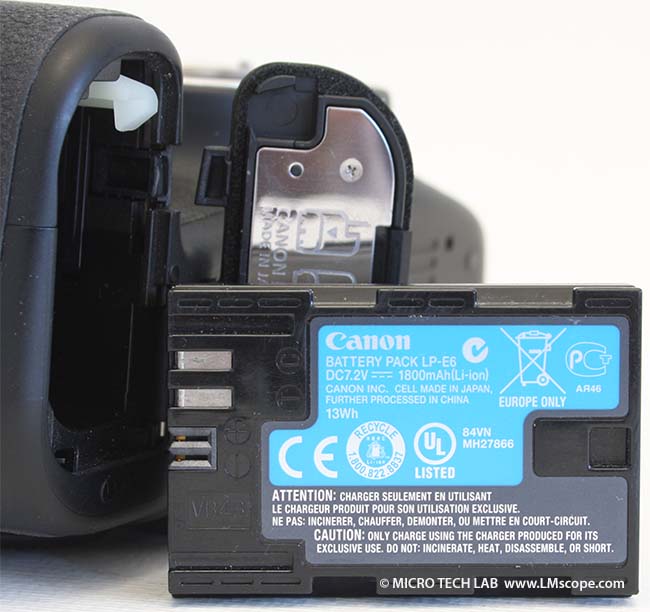 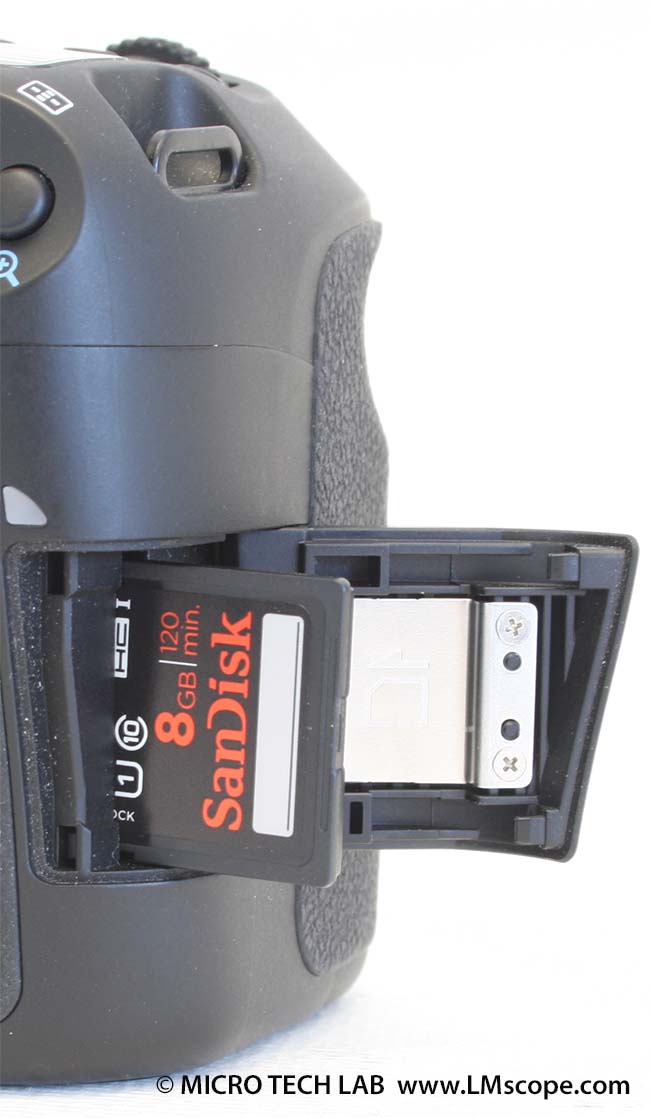 In our series of tests, the following firmware version was installed: 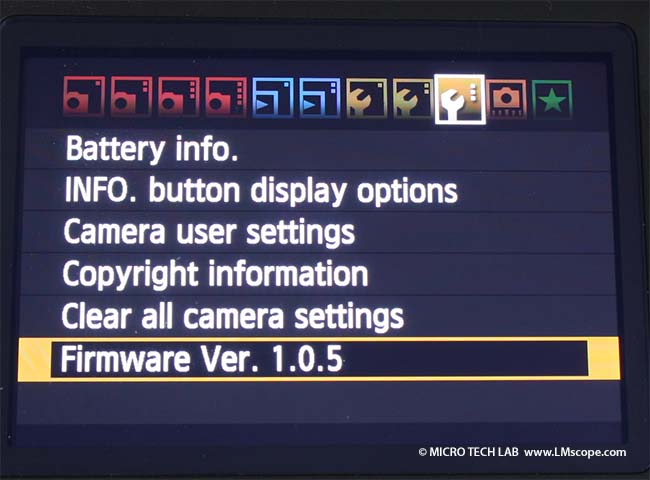 In comparison to the Canon EOS 650D, the Canon EOS 60D has a silent shooting mode. This function is very useful for microscopy applications. It reduces the vibrations in the camera that lead to camera shake and blurred image quality. The silent mode (Canon calls it silent shooting) is set in the menu.

As with all of the latest generation Canon DSLR cameras, the EOS 60D also has a Live View mode. The camera’s zoom also works in Live View mode – a very useful feature in photomicrography applications. It is also very convenient that there is no maximum time limit on the Live View. The user is able to choose if Live View shooting should be limited and if so, how long the time limit should be. 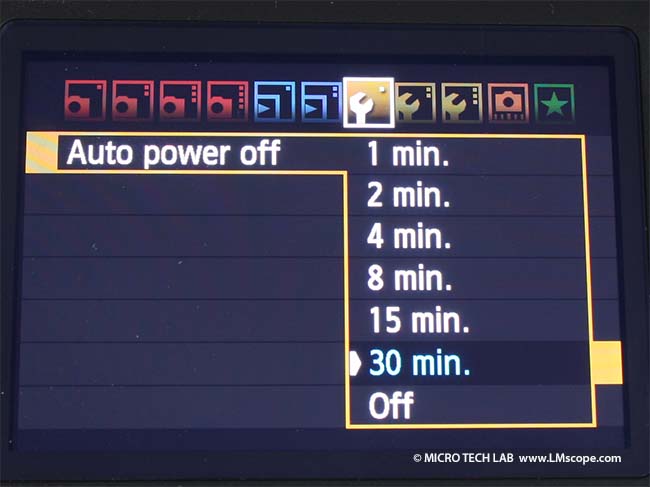 A big plus with Canon is that the remote control software (EOS Utility) is included when the camera is purchased. With the Canon EOS 60D, this software works with no problems at all. Once you have gotten used to controlling the camera from the PC, you won’t want to do without it. It is simply extremely convenient and also increases the workflow considerably. 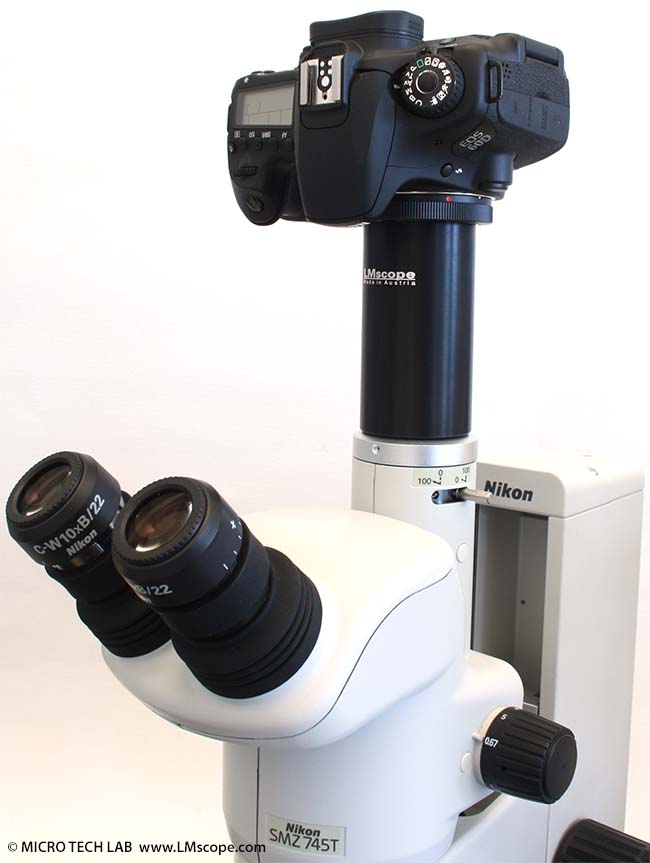 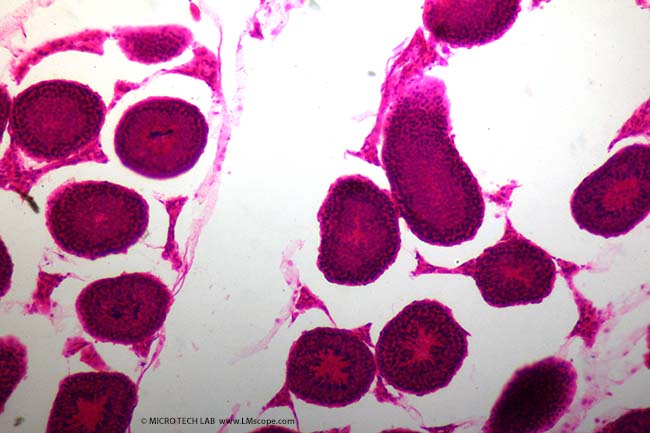 Conclusion: The Canon EOS 60D is definitely an insider tip for photomicrography. For only around € 200 more than for the EOS 650D, it offers professional features that are in no way inferior to those of full-frame cameras. Even at large magnifications, for example, the images are still crisp and clearly detailed. The Canon EOS 60D is a successful update to its predecessor, the EOS 50D. The folding, rotating screen is a huge plus. Its biggest advantage over the cheaper Canon models, however, is the silent mode function, which makes it possible to take images with even fewer vibrations. 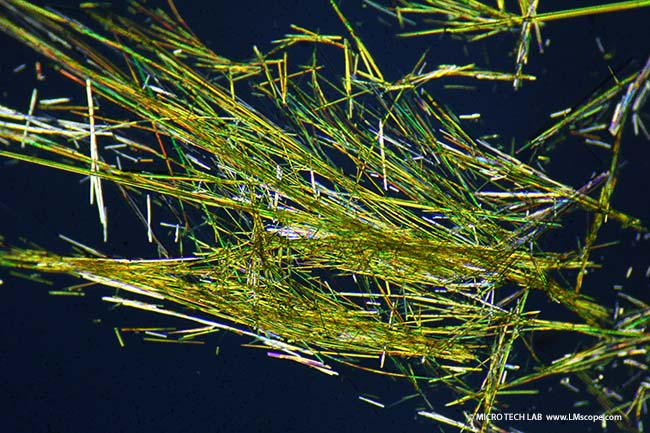 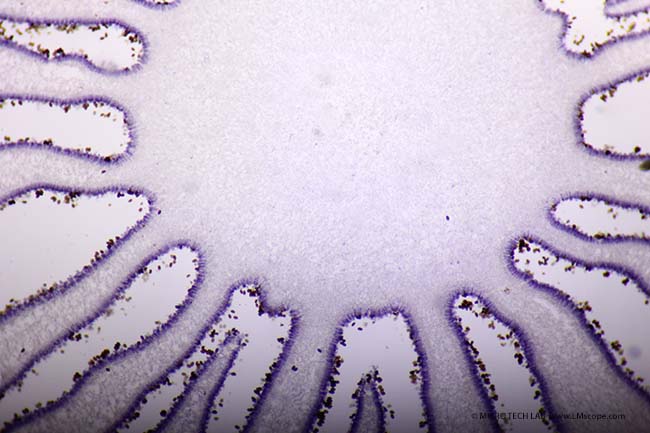