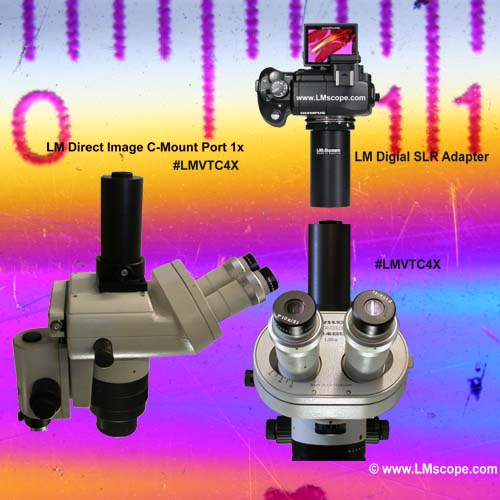 The picture below shows the objective head of the WILD M400 photomacroscope with a square phototube for the old analogue camera system MPS55. 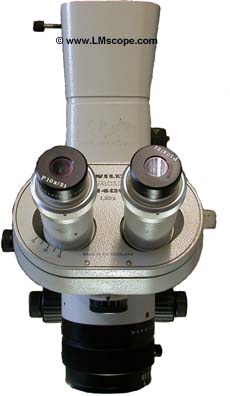 Finally, remove the attachment with the iris diaphragm. This attachment must be removed as it belongs to the automatic exposure control of the old, analogue film camera. 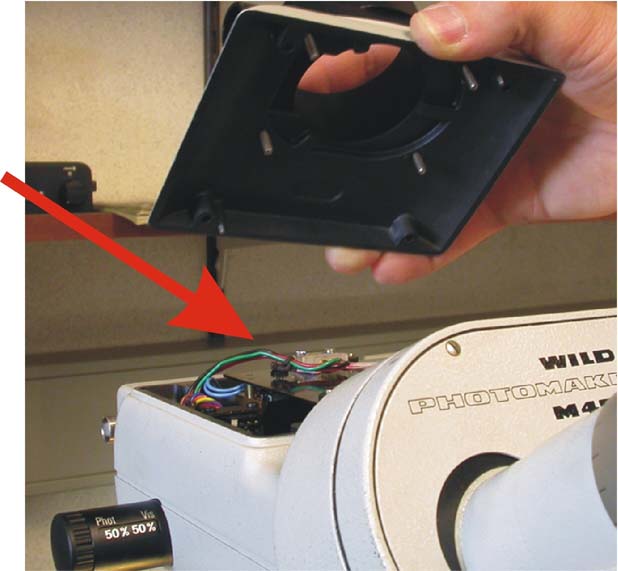 Then, the black anodized tube base plate supplied by us must be screwed onto the light grey WILD tube base plate using the 4 nuts and bolts provided.
The black oval intermediate plate is no longer required. 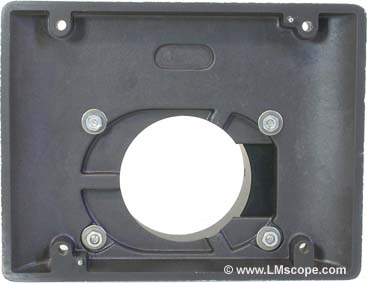 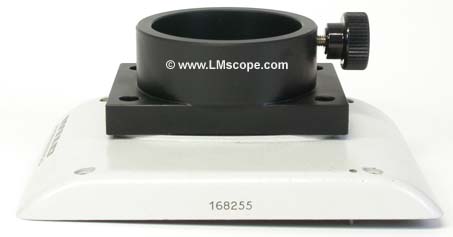 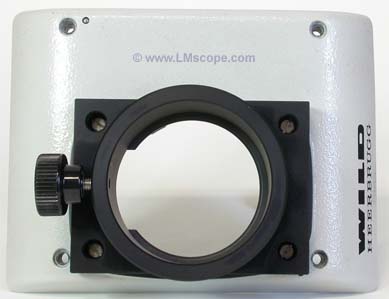 Now, insert the black anodized phototube with C-mount connection thread into the base plate and secure it using the knurled screw. 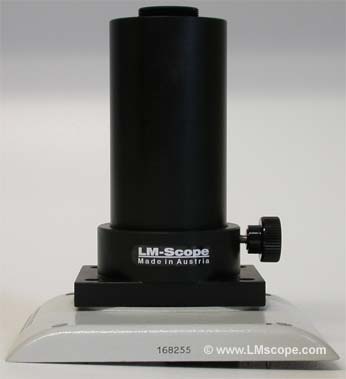 Now you only need to screw the entire unit onto the head of the WILD M400 photomacroscope using the 4 available screws.
Once the assembly is complete and the respective LM digital adapter and your digital camera have been screwed on, you can start taking images immediately. 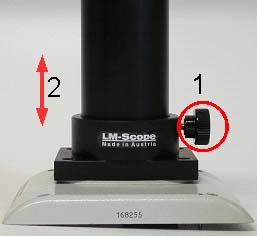 If the focal plane between the photographic equipment and the binocular tube does not correspond, it must be optically aligned. To do this, first loosen the knurled screw so that the tube can be moved. You can now set the correct focal plane by raising and lowering the tube with the photographic equipment mounted on it. You can either check the image in the digital camera’s viewfinder or on your camera’s LCD display using the “Live View” function.

We hope you have plenty of success with the LMscope conversion kit!

For further information and prices see our database. Please select a camera model.