Turn your DSLR or DSLM camera into a microscope and use focus stacking to maximise depth of field at the macroscopic level.

The imaging sensors in modern cameras deliver high-resolution performance and an extensive dynamic range. A quality optical system that is specifically designed to meet the requirements of macroscope photography is needed to utilise the full potential of these cameras. The normal stereo microscopes that are commonly used for this low power magnification range do not produce the desired results when it comes to image capturing at the macroscopic level. This is where the LM macroscope comes in: it has been specially developed for use with modern interchangeable lens mount digital cameras.

To maximise our depth of field, we use focus stacking: a digital image processing technique that combines multiple images (up to 100 individual frames) into a “stack” of images. Once the stack is completed, it is processed with a special software tool. The result is one composite image that is sharply focused from the foreground all the way to the background.

The following images show a sunflower photographed at different powers of magnification:

The common sunflower (helianthus annuus) belongs to the aster family (asteraceae). It is a large annual forb that reaches typical heights of 1 to 3 metres and in rare cases can grow even taller. Its nodding heads are 10 to 40 centimetres in diameter. The photo below shows an image section of 60 mm x 40 mm: The sunflower head is actually composed of up to 15,000 individual flowers joined together. Image section: 35 mm x 23 mm 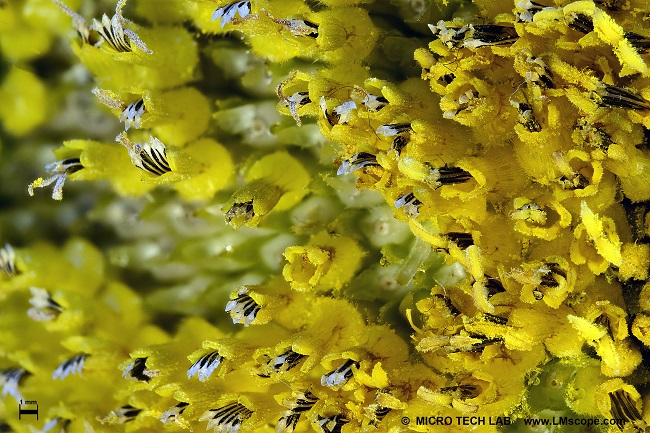 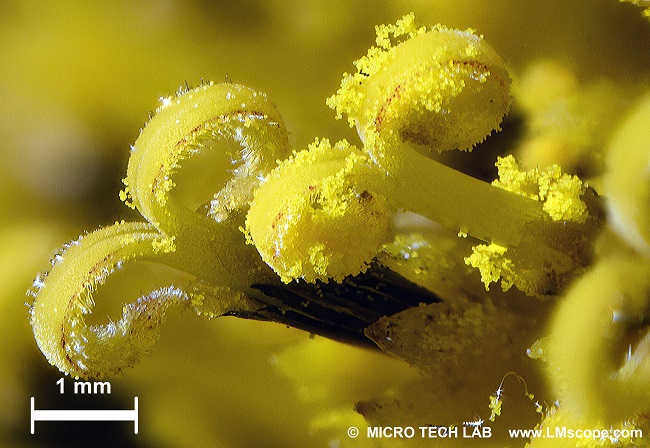 Prior to domestication, wild sunflowers were spread throughout the North and Central American continents. They were introduced to Europe in the 16th century. The sunflower plant offers additional benefits besides beauty: its seeds are popular as snacks with humans and animals alike, and are also a good source of oil. In many countries, especially in Asia, sunflower sprouts are eaten like vegetables. The photo below shows an image section of 10 mm x 6.6 mm. Particularly interesting photos can be created if the object is illuminated with UV light: 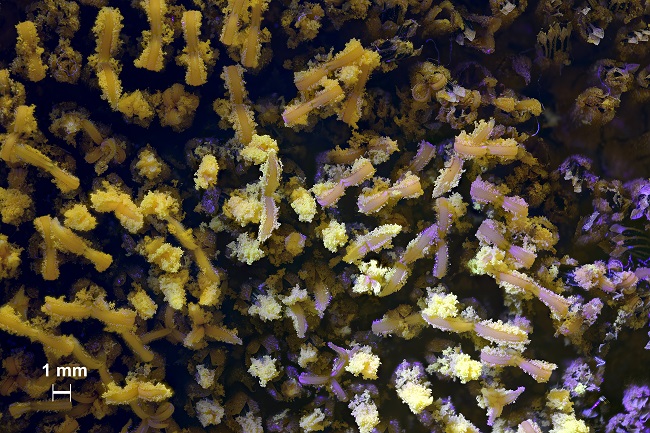 StackShot, developed by a US company, is a high-quality macro rail system available at a very attractive price (around € 550). Attaching the StackShot motorised focusing rail to the LM macroscope is simple and can be accomplished in a few easy steps. We recommend the Helicon software for controlling the image capturing process: it renders excellent results, is easy to use and works great in combination with the StackShot focusing rail.