Particularly in autumn, it is exciting to get out in nature and look for subjects that are good candidates for examination with the LM macroscope. We did not have to venture far, as we found a plant right outside our front door that appealed to us with its beauty and diversity: a thistle in bloom. The thistle is an herbaceous, biennial plant that grows to between 30 and 120 cm in height and is found in Central and Eastern Europe, the Near East and China. In addition, it is a neophyte in North America, New Zealand, Argentina and Uruguay.

In autumn, the thistle reveals its beauty in many different ways: as a purple blooming member of the composite family, it attracts insects of all kinds: 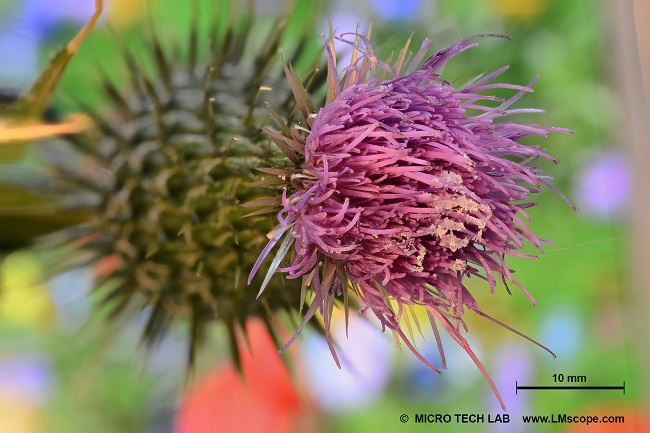 The photo above shows an image section (FoV) of 60 mm x 40 mm and was taken with our LM macroscope and a full-frame camera. We used the focus stacking technique to obtain the ideal depth of field. Focus stacking is an image processing technique that combines multiple images (up to 100 individual frames) into a “stack” of images. Focus stacks can be created by turning the micrometer screw and repeatedly triggering the shutter, but a much more elegant and less complicated solution is to use a motorised focusing rail. The LM macroscope is factory-ready for installation of a motorised focusing rail. Once the stack is completed, it is processed with a special software tool. The result is one composite image that is sharply focused from front to back.

With a higher magnification and a smaller image section (FoV) of 10 mm x 6.6 mm, the pollen that coats the tips of the flower is clearly visible: 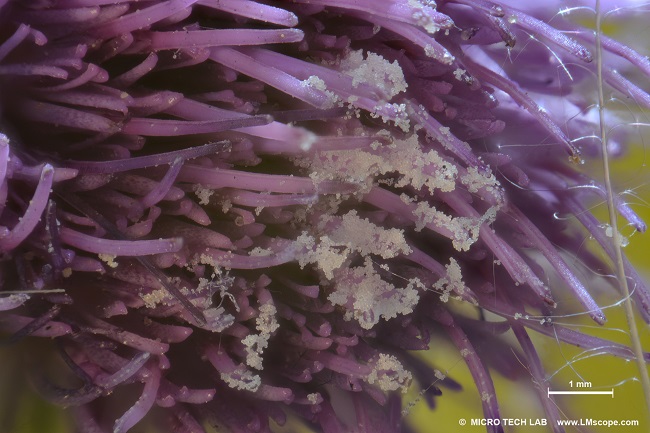 If the background is changed, the overall impression of the plant changes completely: 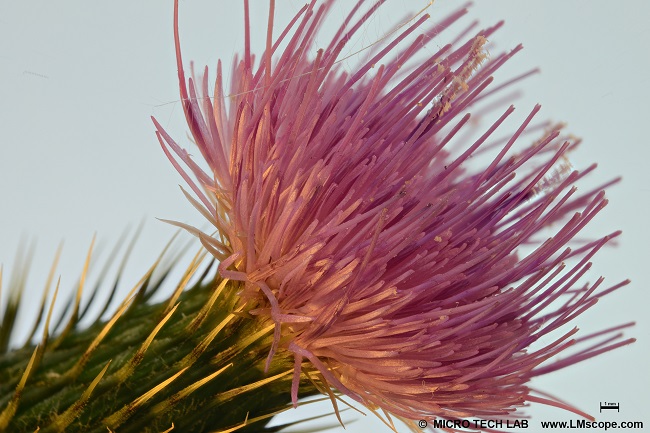 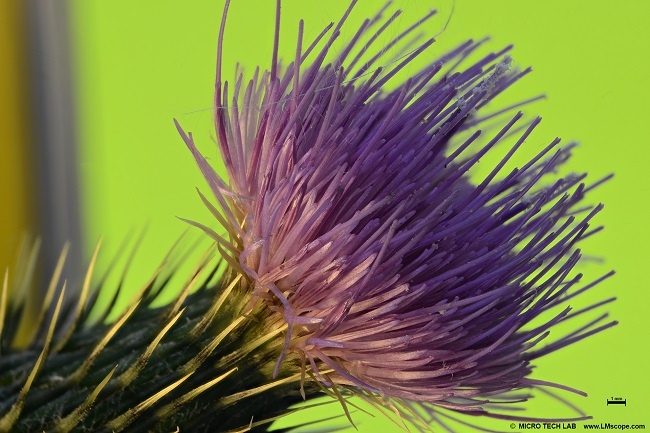 After a couple of days, the thistle begins to seed. This is when the feathery pappus hairs and fruit body appear. 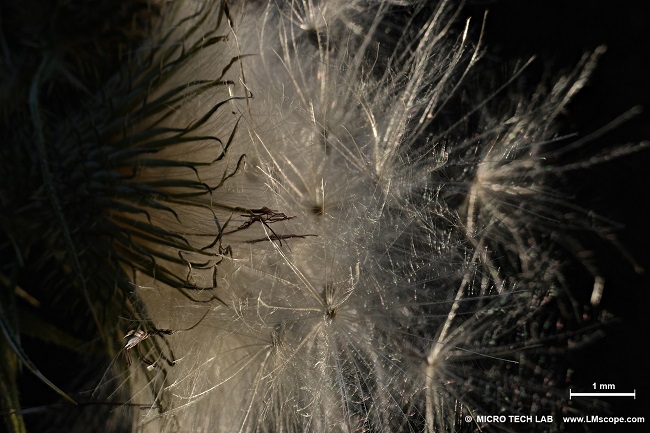 The image below shows a beautiful close-up of the pappus with seed attached: 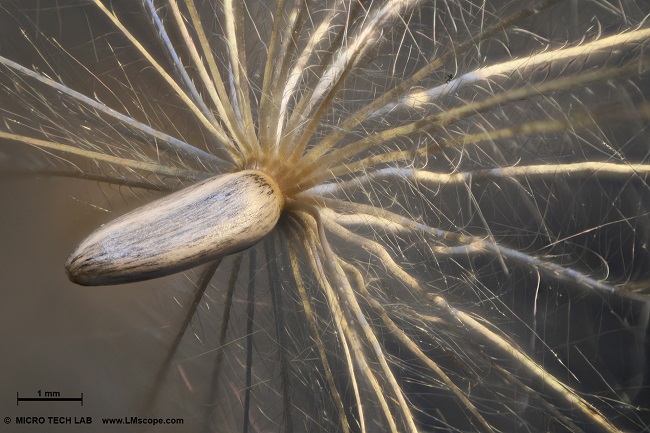 The LM macroscope has been specially developed for use with modern interchangeable lens mount digital cameras. The imaging sensors in these cameras deliver high-resolution performance and an extensive dynamic range. A quality optical system that is specifically designed to meet the requirements of this type of application is needed to utilise the full potential of these cameras. Usually, normal stereo microscopes are used for this magnification range. However, they do not produce the desired results when it comes to image capturing. LM macroscopes, by contrast, – especially when used with a full-frame sensor DSLR – deliver superb image quality and depth of field, and are easy to use.