Within the last few years Sony cameras have improved their performance and therefore gained additional market shares. So presenting a Sony remote control software was only a matter of time. Some time ago Sony provided an appropriate software, but withdrew this product after a few years from the market. Most other camera producers (Canon, Nikon, Olympus) provide a remote control software. Computer programs for controlling cameras via the PC or MAC are of key importance in microscopy. 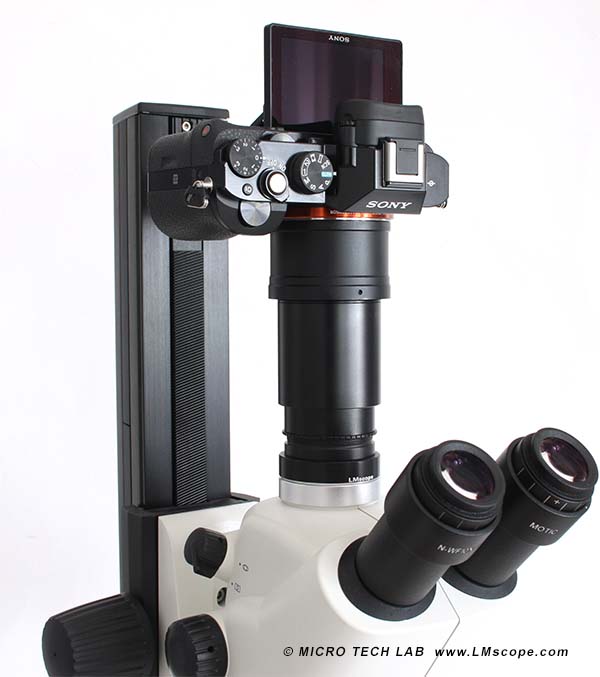 The use of a tethering software has many advantages when the camera is used in a laboratory or studio setting - it simply needs to be mounted to the microscope and can then be comfortably operated from the user's workspace via PC or Mac.  The images and settings can be checked and controlled onscreen. This enables the user to asses the image straight away and retake them if necessary, without having to wait for a series of images to be completed. Another big plus of tethering software is that the photographs are immediately available on the computer's hard drive in full resolution and can be looked at in the viewer.  As a result, the workflow is significantly enhanced. The camera itself should not be touched, in order to avoid shaking. 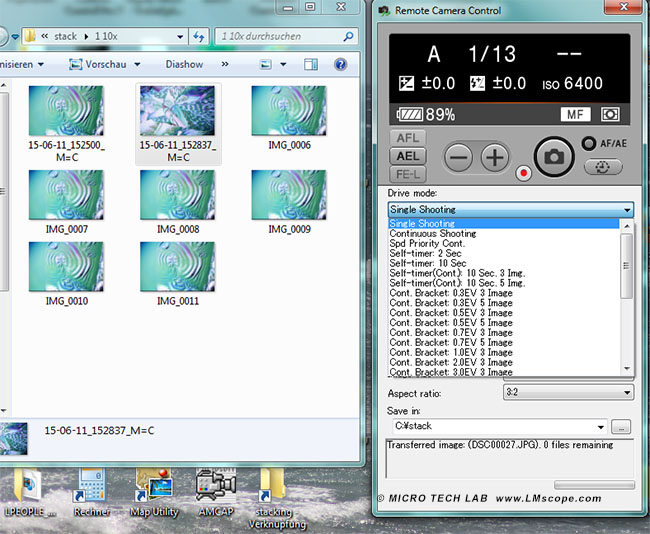 
Unfortunately Sony Remote Camera Control V.3,5  doesn't provide a tethering sofware with Live View display. There is no possibility to display Live View image on the PC. That's a pity as this is a standard tool with the other manufacturer's (Nikon, Canon, Olympus) software. Particularly for laboratory applications, upgrading the software to include these features would make it much easier to use Sony cameras.