Vibrations inside the camera during the image capturing process

In microphotography, even minimal vibrations during the image capturing process will lead to a significant reduction in image quality. These motion blurs are mainly caused by the camera’s moving mirror and its mechanical shutter. Depending on the camera manufacturer and model, different systems are employed to avoid image-blurring vibrations to the maximum extent possible.

This emerging class of system cameras (e.g. the Sony NEX series or the Olympus Pen series) is characterised by its mirrorless system. These cameras are designed without the rotating mirror shutter required for an optical viewfinder. Most mechanical vibrations during the shutter release sequence are caused by the mirror and the mechanical shutter, the latter of which controls the exposure time. At the beginning of the exposure process, the shutter closes and a digital reset sequence is initiated. Then, the shutter opens and the exposure process starts. Once the exposure time is complete, the shutter closes again for readout of the sensor data. During the readout process, the sensor must not receive any light. A Live View image appears only after the shutter opens again. 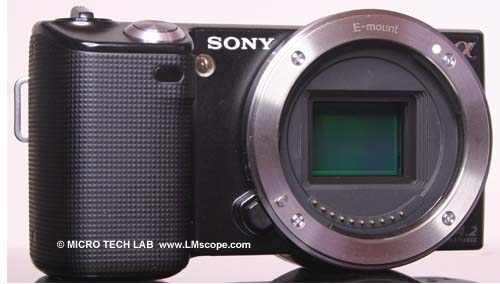 2.) Live View SLR cameras: Cameras with separate motors for the mirror and shutter 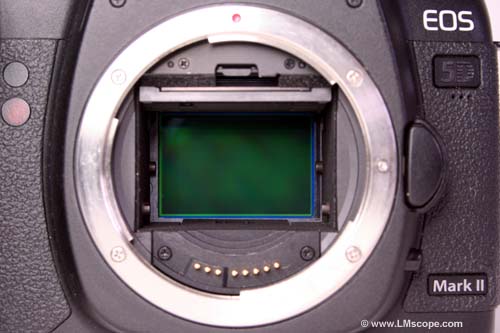 3.) Live View SLR cameras: Cameras with a single motor for the mirror and shutter

Lower priced SLR cameras generally do not have separate motors that drive the mirror and the shutter. If the shutter is operated in Live View mode, the mirror flips down and then up again. All this flipping shakes the camera and thus causes (sometimes significant) vibrations that may seriously compromise the image quality. To reduce the impact of mirror slap, most models come equipped with a special function called mirror lock-up (mirror pre-release). When the mirror lock-up function is enabled, the mirror is flipped up well before the shutter opens (a time interval between 2 and 8 seconds can be selected). This short pause allows the mirror-induced mechanical vibrations to die down before exposing the film so that they do not affect the image quality. 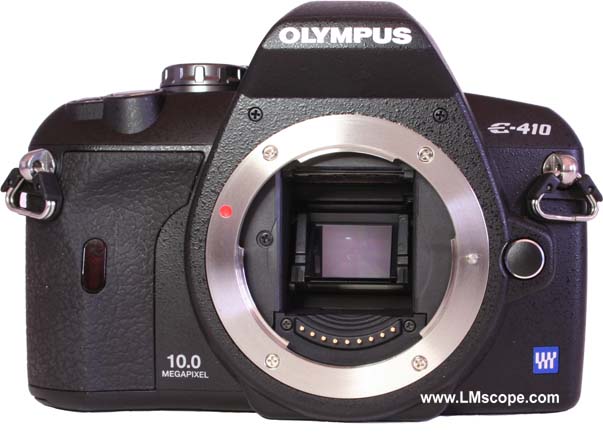 By foregoing a moving mirror and using a fixed translucent (= semi-transparent) mirror instead, no motion blurs occur. Because the mirror unit is translucent, it simultaneously reflects light to the camera sensor and the optical viewfinder. The translucent mirrors of the Sony Alpha series, for example, redirect the light in a fixed ratio: 80% to the sensor and 20% to the viewfinder. Sony is the first manufacturer to equip all of its Alpha camera models with the company’s translucent mirror design.
However, mechanical shutter sound is still present in the Alpha models, as it is in all system cameras. 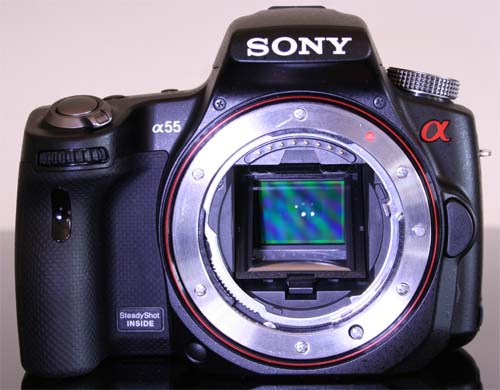