With the Alpha 55, Sony has a camera on the market that is ideally suited for microscopy. It features a very good 3” rotatable screen with 921,600 pixels, which can be swivelled and folded in almost every direction. This makes it possible to conveniently capture images without an additional monitor from a sitting position. The camera has a striking display, which stands out through its vibrant colours and sharpness of detail in comparison to many competitors’ cameras. The display can even be photographed. The Sony Alpha 55 also comes with a 16.2 megapixel sensor with Live View function, full HD video function and a GPS unit. The fixed, translucent mirror is a special feature. Folding up the mirror ensures that there are no vibrations on the microscope. This translucent mirror enables the Sony Alpha 55 to deliver a very fast auto focus in Live View and for video recordings, which are also possible in full HD.

Adapting the Sony camera to the eyepiece tube is the simplest procedure. The eyepiece is removed and the LM digital SLR universal adapter and camera are inserted in the tube. 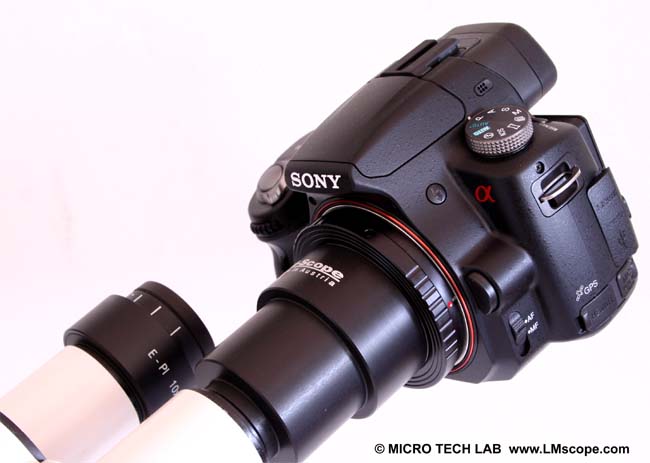 For mounting onto the phototube, a C-mount extension is attached to the same adapter and fastened with three Allen head screws. 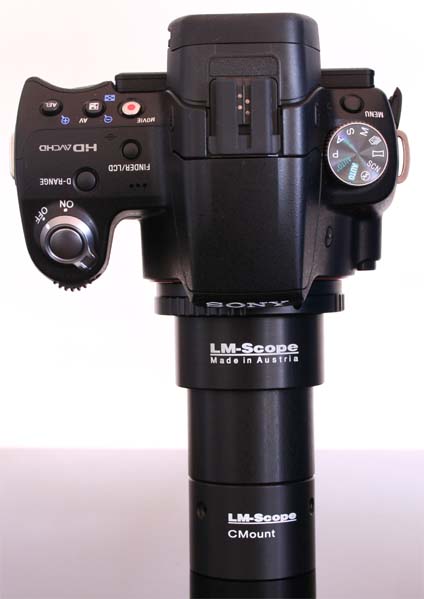 In the factory default configuration, a shutter release lock is activated for third-party lenses on all Sony cameras, which must be deactivated for use on the microscope.

This adjustment can be easily made in the menu.

15x magnification is selected with a further press of the button. This function is especially important for selecting the precise level of focus. As the camera display has 0.9 megapixels and the sensor has 16 megapixels, focusing on the camera's own display is almost impossible without the “magnification function”, because the camera’s sensor has 17.6x more pixels than the display. 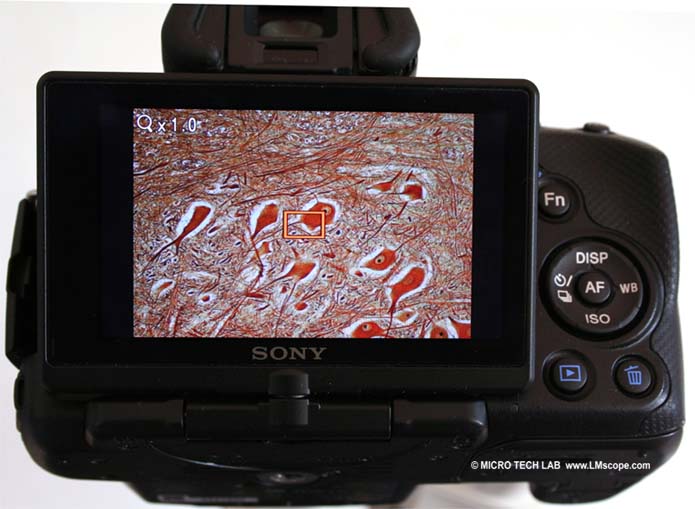 Conclusion:
For microscopy applications, this camera has everything a user could possibly wish for. The translucent mirror, which is being used for the first time, prevents vibrations when releasing the shutter, and the magnification function makes it possible to select the precise level of focus. The other camera functions that are important for microscopy, such as HD Live View mode, HDMI interface and user-controlled automatic exposure control functions for microscope adapters, work flawlessly.