The LM Macroscope 9x (5x and 3x) has been designed for modern full frame, APS-C and four thirds camera sensors. A special lens with high numerical aperture of 0.2 shows even the smallest details. 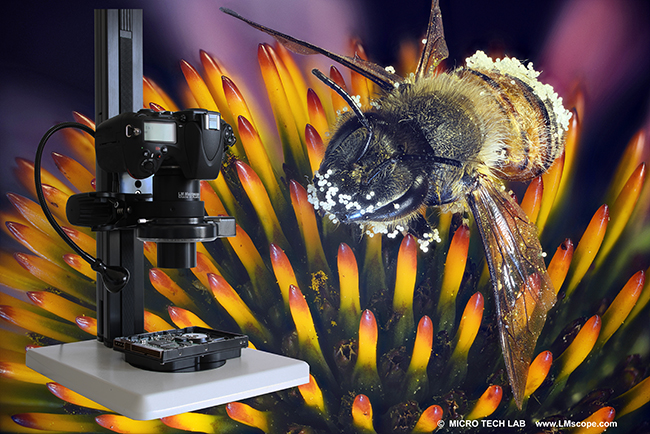 With the LM Macroscope 9x (5x and 3x) a new generation of objectives, designed specifically for focus stacking, is entering the market. Thanks to this technology, the image quality of professional-level photographs can be enhanced even further.

The focus stacking technique uses a motorised focusing rail that moves the lens unit and captures multiple frames (image stacks) at different focus points. The individual frames are then blended to produce a single image with a very high depth of field and resolution. This process is controlled remotely using a special software and can be monitored on the computer. 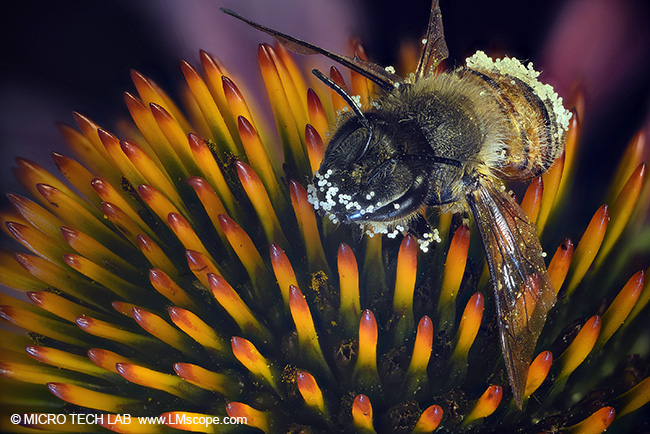 With a full format camera,the lowest magnification of 3x results in a large FOV (field of view) of 70mm x 46mm at a working distance of 200mm.

In this configuration the depth of field is approx. 10mm, which is perfectly adequate for many applications with three-dimensional specimens even without focus stacking. Thanks to the large FOV combined with the high resolution, the stitching technique (single frames are blended into one high-resolution image) is no longer required.

The macroscopes are equipped with top-notch quality, plan achromatic, hard-coated objective lenses. Manufactured by hand in Austria, the LM macroscopes are designed for professional use (research, industry, universities, hospitals, etc.).

Our LM Macrosocope 9x has a variable aperture to optimise image quality, a feature not present in most stereo microscopes.

The benefits of the LM macroscopes are profound. The system has a centric beam path and is thus considerably more powerful than equivalent systems with double beam path or conventional stereo microscopes.  Due to their modular construction, they are extremely flexible and enable a multitude of magnification combinations (3x -> 20x). The lenses are also available without a tripod.

We recommend using the LM macroscope with a motorised focusing rail (STACKSHOT made by Cognisys-inc) and the Helicon Software (Helicon Remote Software and Focus Editing Software). This well-proven combination is very powerful and easy to handle.